Linkedin: Scenarios for a solar singularity

Yesterday Twitter user Eric Gimon posed a great question: “What do you think is the terminal market for solar? How many doubling[s] are left if we include/don’t include electrification? These answers have big consequences for where prices will settle down at and where the inflection in the solar S-curve will be.”

Funnily enough I’ve been doing a lot of thinking over the course of 2018 about what a solar singularity might look like, and playing with scenarios – which I am happy to share with you (above).

Most “sensible” forecasts suggest solar meeting 10% (IEA NPS) to 25% (BNEF NEO) of current forecast global power demand by 2050. But it is entirely possible to imagine scenarios in which sustained growth delivers multiples of that, with cheap solar driving accelerated electrification.

What we also know is that while wind’s experience curve is a relatively sedate 15% – its costs reduce by 15% for every doubling in cumulative installed capacity – solar PV packs a fearsome 24 – 28% experience curve:

Anyone who expects solar panel costs to stop falling is a fool. The main inputs are sand and energy for the wafers, then more sand and energy for the glass. Assuming the capital markets continue to deliver cheap money, my bet is that we will see record unsubsidised solar power prices – somewhere in the world – hit 1c/kWh by 2030 (as my twitter buddy Auke Hoekstra forecast all the way back in 2007).

The current world record unsubsidised solar power price (from Mexico) is 1.97 c/kWh – so prices only have to halve once more, after falling 99.8% in the past 42 years to cut the record price to 1c/kWh. Of course the median price would remain higher, say 2-3 c/kWh, down from the current 4-6 c/kWh.

As for concerns about Energy Return on Energy Invested, forget them. ERoEI is generally brought up to discredit renewable energy and promote nuclear power. There are many reasons why we should keep existing, safe nuclear power stations open, and why we should explore the potential for next-generation, walk-away safe, modular nuclear designs to generate affordable clean power. ERoEI is not one of them.

Nuclear has an ERoEI of around 75, but it takes around ten years to build a plant. Solar has an ERoEI of 10 to 30 (depending where it is installed and how long you think its lifetime will be), improving rapidly with technology, and it only takes 6-18 months to build a plant. Do a simple thought experiment about using solar power to manufacture solar panels, and it rapidly becomes clear that ERoEI is not a real constraint on a solar singularity.

In fact, the Fraunhofer Institute for Solar Energy Systems, in its fabulously informative 2018 Photovoltaics Report, calculated that even if installed in Northern Finland – inside the arctic circle – a rooftop PV system would have an energy payback time of just over two years.

But let’s get back to those 2050 scenarios of solar demand. You’ll note that the higher scenarios above include one that goes to 100% of current forecast power demand in 2050, and one goes to 150%. I don’t think there are any serious scenarios in which solar produces all of the actual demand in 2050 or more – I just think that electrification may proceed much faster than we currently expect, in tandem with solar power growing by an order of magnitude more than those “sensible” forecasts over the next 31 years.

What might accelerated solar-driven electrification look like? Well, one thing you would need to see is for far more electrification of heat and industrial processes than anyone currently expects.

We could get serious about switching to heat pumps. There’s enormous innovation in steel and cement which could drive electrification. And, as I have written here, a much bigger share of transport could go electric than current mainstream forecasts envisage.

You would also need to see energy-intensive industries shift around the world to take advantage of cheap solar power. Imagine the demand for solar power if most heavy manufacturing were to move to the sunbelt. It would probably require cheap storage to enable 24/7 operations, but if solar PV plus batteries can deliver power cheaper than natural gas, and we are on the cusp of that, the demand opportunity would be enormous.

You would also need to take into account the fact that the nature of power demand is certain to be different in 2050 from anything currently being forecast, due to changes in demand-side technologies such as additive manufacturing, self-driving cars, cryptocurrencies, synthetic fuels and hydrogen (or ammonia). Each of these could be driving huge electricity demand by 2050, can anyone say by how much?

And there will be other new electrically-powered technologies in general use by 2050 that none of us can imagine. To pretend otherwise would be hubris.

Of course we can’t think seriously about a potential solar singularity without talking about intermittency. Solar PV produces power during the day. But 2/3 of power demand either occurs during the day or could be shifted there. Then there’s storage, whether in the form of EV batteries and fixed, both central and distributed. And many industrial processes could be made to supply-follow (at least in part), including aluminium smelting, desalination and hydrogen or ammonia production.

Just to be clear, these are not forecasts, they are scenarios. Which one will play out? It’s impossible to tell. It depends a lot on progress in the technologies and business models required to integrate massive amounts of solar power into the energy system. What I can say is that it is also impossible to rule out these sort of deep penetration scenarios a priori. 2050 is 32 years into the future – thinking about it, you have to take a step back and make sure you are relaxing all short-term constraints.

A couple of final notes. First, none of this is to suggest that other clean energy technologies – wind, nuclear and biogas in particular, but also geothermal, hydro and tidal – won’t also play a huge role, particularly in the less sunny parts of the world. Indeed, if we start to see floating offshore wind compete on costs with fixed offshore, then I could find myself writing the same thought piece about a potential wind singularity in a few years.

Second, as always, I want to emphasise the central role of energy efficiency, the sine-qua non of any future low-carbon energy system.

Third, before anyone starts asking for detailed modelling and assumptions behind these scenarios, sorry: what you see is what you get. This is just an exercise in eyeballing what a solar singularity might look like, designed to spur discussion. It is not not a proposed energy system, modeled to match hourly supply and demand.

Because, you know what? If you need an hourly power dispatch model in order to think about 2050, I suspect you need a break over the holidays more than I do.

This article was first published on 22 December 2018. I did a light edit in the early hours of 26 December (Happy Christmas!). Nothing major, just cleaned up a couple of points people had found confusing in the first draft – thanks for the feedback folks! From here on, in your comments, if all you are going to do is say that power systems are complicated, or that the sun doesn’t shine at night, or that climate change is a hoax, please save your electrons! 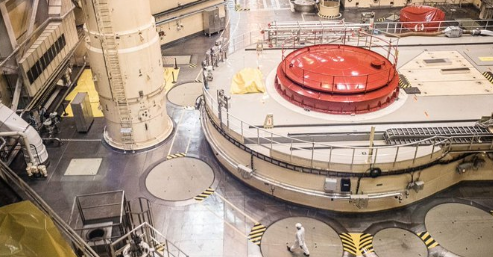 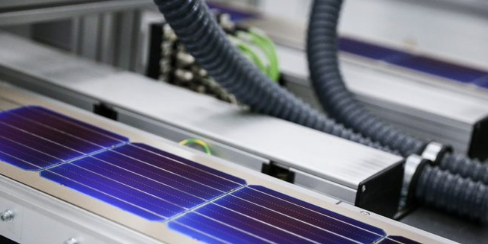 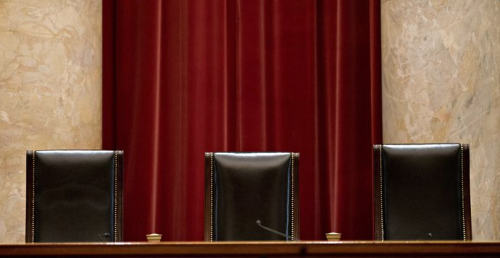 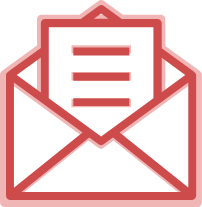